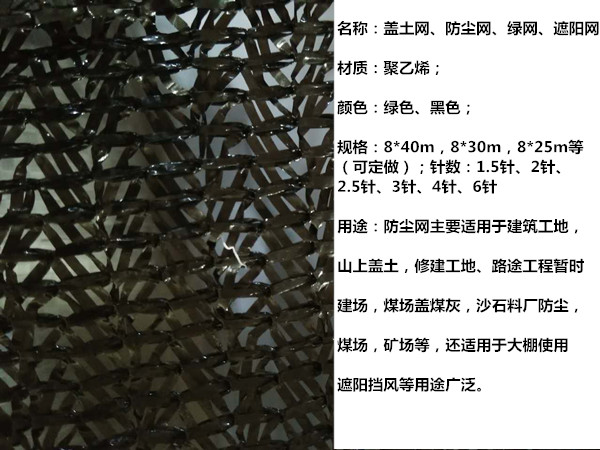 Shading net manufacturer English translation
Sunshade net is a protective covering material popularized in recent 10 years, which plays a role in blocking light, rain, moisture and cooling after covering in summer. After covering in winter and spring, there is a certain effect of heat preservation and humidification. Generally, leafy vegetables planted in winter and spring directly cover the surface of leafy vegetables (covered by floating surface) to prevent the harm of low temperature. Because of its light weight, it is only about 45 grams per square meter, and it will not overwhelm, bend or reduce the commodity of tall leafy vegetables that have grown up. Because it has certain air permeability, the leaf surface is still dry after being covered, which reduces the occurrence of diseases. It also has a certain degree of light transmission, and it will not "cover yellow and rot" after being covered. The celery grown in winter greenhouse was covered with floating surface for cold protection. It was found that there was no large amount of ice in celery leaves when covered with floating surface of sunshade net at -6℃. However, the single-layer shed control, especially the middle and upper leaves, had been frozen hard, and the temperature of the covered control was 1.5℃ higher than that of the control.
First, it can block strong light and reduce high temperature, and the general shading rate can reach 35%-75%, accompanied by significant cooling effect;